Did you know that your vehicle’s belts and hoses are significant parts performing crucial functions of your engine’s charging, air conditioning, and cooling systems? Our car care experts at Sun Devil Auto understand the value of routine belt and hose maintenance and replacement intervals for your vehicle. In fact, regular replacement of your car’s belts and hoses may help prevent pricey repairs down the road.

Belts and hoses have short life spans as a result of mileage, age, tension, and oil contaminants. Other exposures have the potential to create cracks and leaks, such as harmful chemicals, vehicle vibrations, and engine heat.

Belt & Hose Replacement Near You

Routine inspections and maintenance of belts and hoses is always necessary, but even more so during the summer season when increased temperatures may accelerate deterioration of the rubber components. Because belts and hoses can be difficult to inspect visually, an expert at one of our Sun Devil Auto service centers will be happy to ensure the belts and hoses on your car are in perfect working condition.

Signs You Need Your Belt or Hose Replaced:

Save on your repair! SEE ALL OUR OFFERS > 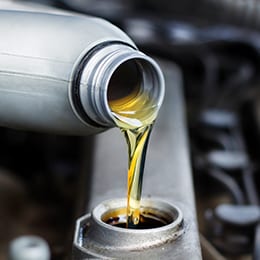 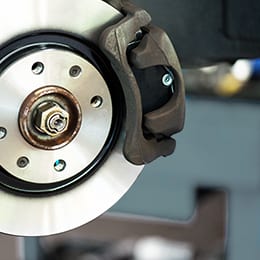 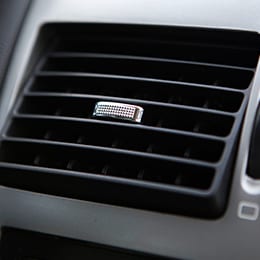 Many vehicle manufacturers recommend replacing hoses every four years. Unlike some components or fluids in a vehicle that change appearance, an often clear indication maintenance service are due, it’s not easy to tell when hoses are starting to wear. Most hoses wear from the inside out. However, there are minor clues that your vehicle’s hoses are due for attention such as surface cracks, bulges, and brittle texture.

An A/C hose is constructed differently than what may come to mind when you think of a hose. It is engineered to tolerate very high pressure and is made with specialty fittings referred to as manifolds. These manifolds are what make the connection between different air conditioning components. A/C hoses should be inspected every time the vehicle is serviced to ensure there are no signs of leaks or cracks. As an A/C hose ages, it can begin to leak refrigerant from within the air conditioning system, causing it to operate poorly or fail entirely. Because of this common issue, it is recommended to replace the air conditioning hoses every 8-10 years.

A vacuum hose is a rubber line that connects the vacuum the engine creates to operate a mechanism within the engine. These rubber lines are designed to withstand negative pressures so that they don’t collapse. Vacuum hoses are prone to aging just like any other rubber component in a vehicle and should be checked during each service interval, and replaced every 8 – 10 years.

If a vacuum hose fails, it can cause vital engine components to struggle to operate properly that often result in the check engine light illuminating and drivability issues. Since there are many of these hoses, one of the ways to locate a failed hose is to fill the entire vacuum system with smoke using a specialty automotive smoke machine. This creates a visible cue to the technician where the failed vacuum hose lies. Luckily, most modern vehicles no longer require vacuum operated engine control systems and are instead electronically operated. Thus, no need for vacuum hose maintenance.

Vehicles are equipped with many types of engine belts. There are belts that go around accessory components like air conditioning compressors, power steering pumps, and alternators known as drive belts or serpentine belts. Some engines have a belt that keeps the two major rotating assemblies inside the engine like camshafts and crankshafts rotating in time, known as the timing belts.

Drive belts also known as v-belts are usually found in older vehicles and connect to one or two accessory components. Since many vehicles have many options like power steering and air conditioning, there will be multiple drive belts. These drive belts will often need to be checked for tension and condition. If the tension is too loose, it can cause the belt to slide over the pulleys causing a squealing noise. If too tight, they can cause damage to the bearing in the rotating assemblies. Drive belts are prone to aging and cracking like any other rubber component and should be replaced every 50,000 miles.

Serpentine belts are most commonly found in modern vehicles. These belts usually have an automatic hydraulic or spring tensioner that ensure proper tension. Serpentine belts are most commonly made of a synthetic rubber that gives off a felt-like appearance. This type of belt has a longer life expectancy and will usually wear out before showing signs of aging. The ribs inside of the belt will need to be measured to determine whether the belt needs to be replaced. It is recommended to replace your serpentine belt every 70,000 to 100,000 miles.

Some vehicles use timing belts to connect two halves of the engine’s rotating assemblies in synchronization instead of timing chains. This type of belt uses teeth to grip around the pulleys to ensure slippage does not occur. Like all rubber components, the timing belt has a service interval that has been set by the manufacturer. Due to the importance of this belt, most manufacturers recommend replacing the belt every 60,000 miles.

OUR SERVICES DON’T END THERE. FIND OUT MORE >